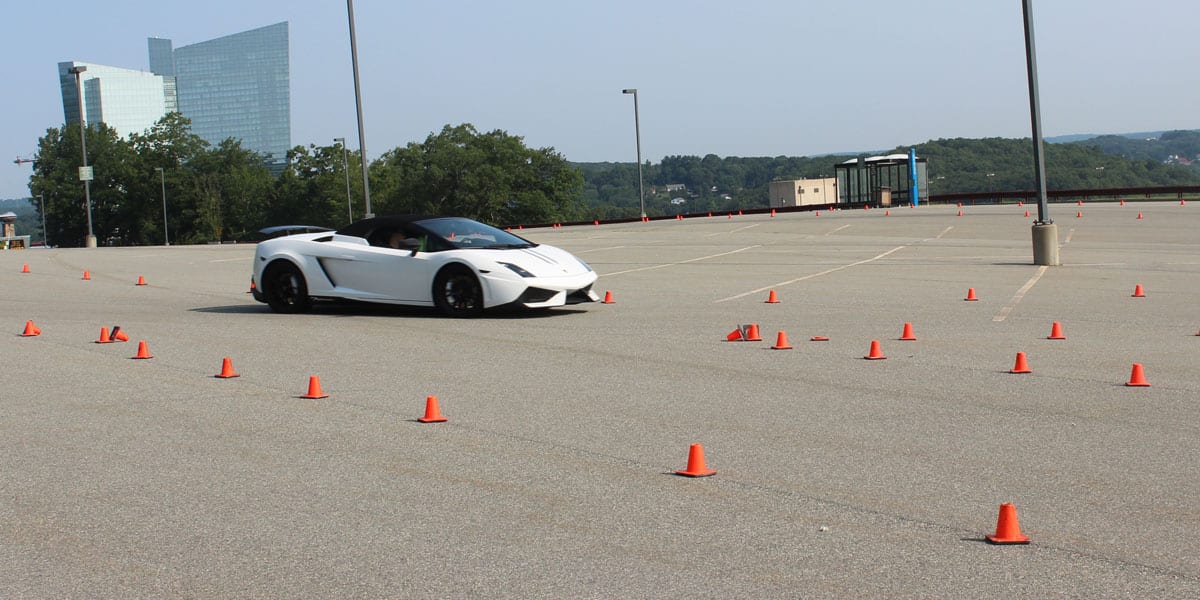 Autocross is a form of motorsports that emphasizes safe competition and active participation. An autocross is a timed competition in which drivers navigate one at a time through a defined course on either a sealed or an unsealed surface. Autocross differs from road racing and oval racing in that generally there is only one car on the track, racing against the clock rather than other cars. As an entry-level motorsport it provides a stepping stone for drivers looking to move into other more competitive and possibly expensive forms of racing (such as rallying and circuit racing).

Autocross courses are approximately one kilometer long and tend to place demands on car handling and driver skill rather than on engine power and outright speed. Courses may be temporary and marked by traffic cones or be permanent tracks with approval by a motorsport body.

Events typically have many classes that allow almost any vehicle, from economy sedans to purpose-built racing cars, to compete. Due to the nature of a typical track, speeds can be slower when compared to other forms of motorsports, usually not exceeding highway speeds, but the activity level (measured in discrete turns per minute) can be higher than even Formula One due to the large number of elements packed into each course

LAMBORGHINI HURACAN
In a world of big name plates and beautiful cars, the Huracan stands alone. Our rear-wheel-drive coupe features 571-hp of the naturally aspirated 5.2-liter engine that pairs with a seven-speed dual-clutch automatic transmission. That power plant sends the car ripping from zero to 60 mph in 2.5 seconds. When paired with the razor sharp performance and intoxicating exhaust note you’ll understand why this car stands alone.

Ride along in an exotic car driven by one of our pro drivers!